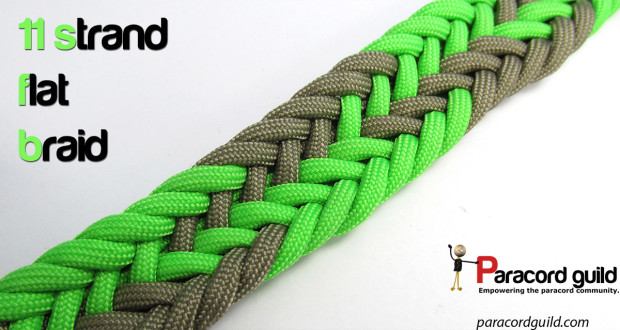 In this tutorial I demonstrate the 11 strand flat braid with a gaucho-like pattern.

The braid can be made with various, different colored strands, but as far as I have used it, I consider a two tone version to be the most appealing. The pattern for this braid is in my opinion ideal for making belts, but could also be integrated in dog collars. The pattern can be found in the Ashley book of knots under number 2986.

It indeed seems that odd number of cords used often has a beautiful pattern as the result. 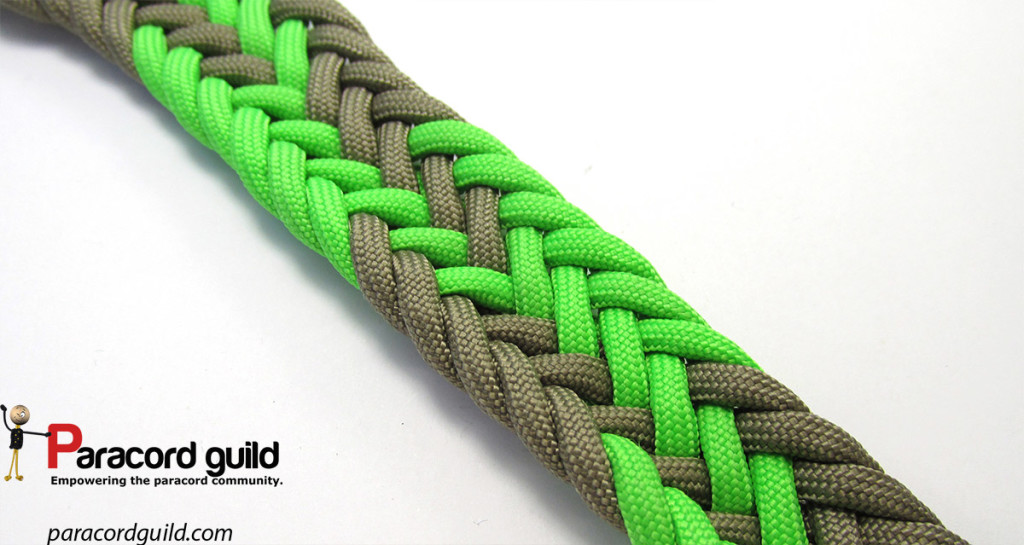 Braiding this braid is in fact very simple. It is made using 11 strands. In a two tone braid there would therefore be 6 cords of one color, 5 of the other.

The braid is then started on the side that has 6 strands. The top cord is passed under two, over three. The cord ends up on the bottom of the other side.

The other side now has 6 cords, so we take the top cord and again go under two, over three.

Not that difficult at all right?

See the images and video below for more information!

The cord, ready for braiding. 5 on the left, 6 on the right. 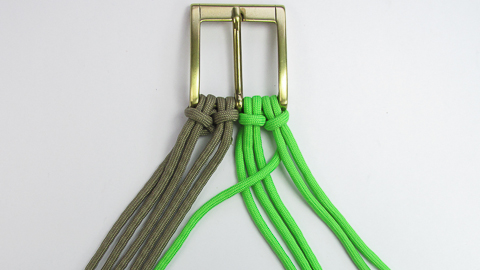 The top right cord passes under two, over three. It ends up on the bottom left.

The top left is not braided under two, over three and ends up on the bottom right. 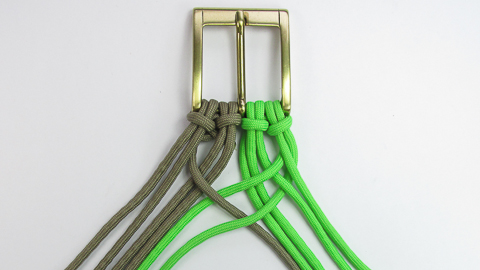 Again the top right is braided. Under two, over three. 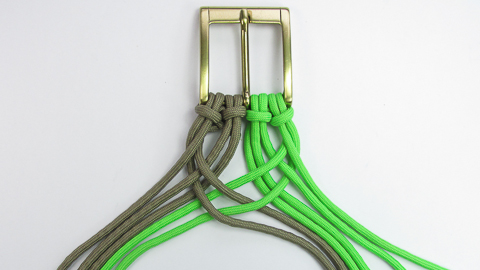 And the top left again. Under two, over three.

Not that hard at all, right? Make sure you work the braid tight to get a nice look. See the video tutorial below for a live demonstration.