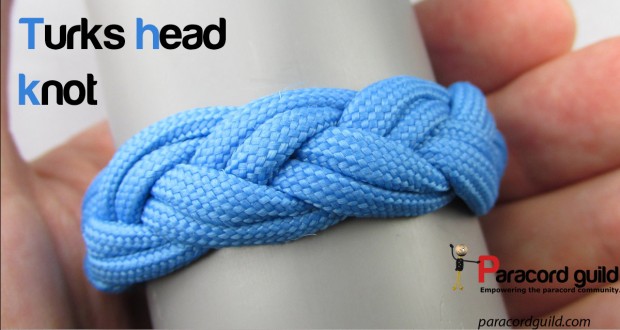 How to tie a turks head knot

In this tutorial you will learn how to tie the basic turks head knot.

The turks head knot, also called the woggle is a major step forward in your work with knots and ties. It is a milestone much like the lanyard knot.

The name comes from the look of the knot, which resembles a turban worn on the head by Turks.

Although the road begins with the most basic turks head knot, which I will demonstrate, the knot has a lot of variations expansions to try out.

The knot is primarily used to wrap things like handles, grips, as well as decorate various objects. You will find a wide variety of applications for the turks head, but to start, let’s get down to the basics. 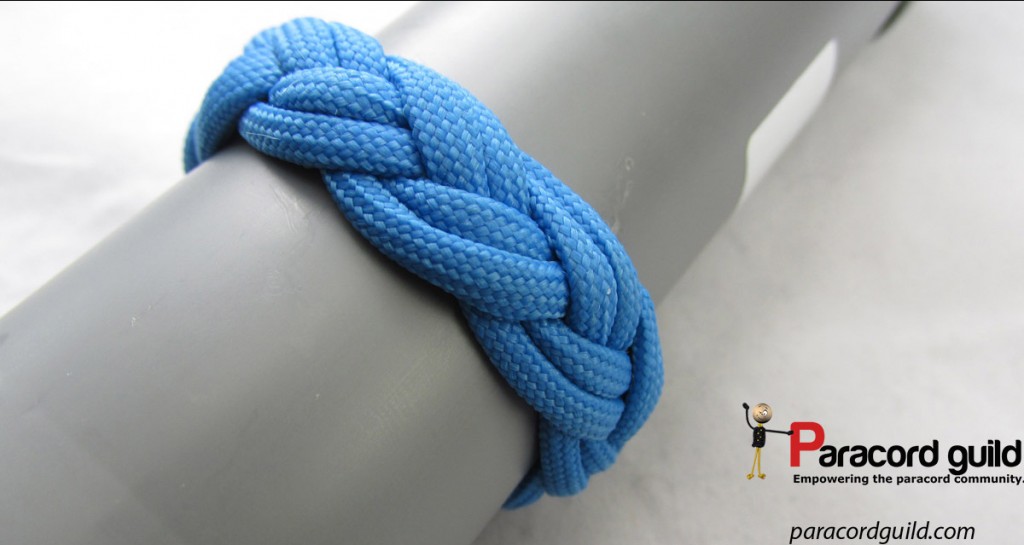 Another look at the knot.

The bight and lead are two terms used to describe the turks head knot. We use the phrase 3×4 turks head to refer to a 3 lead, 4 bight knot.

We determine the number of bights by counting the top, scallop shaped crossings at the top of the knot. 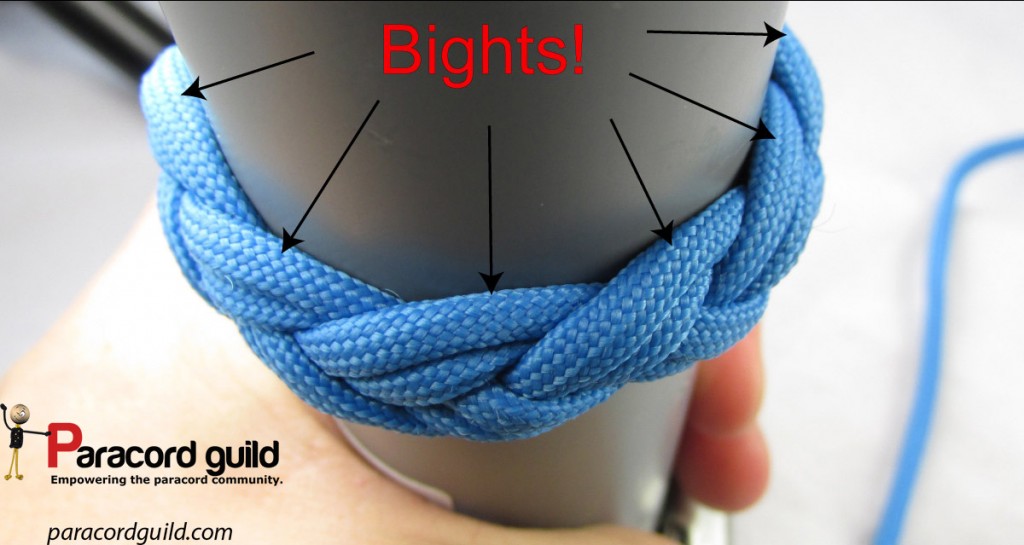 Leads, also sometimes called parts is the number that describes the number of cords used around an object BEFORE doubling or tripling the knot. Imagine cutting the knot vertically and counting the parts. See the image below. Although the knot is doubled, this is a three lead turks head! 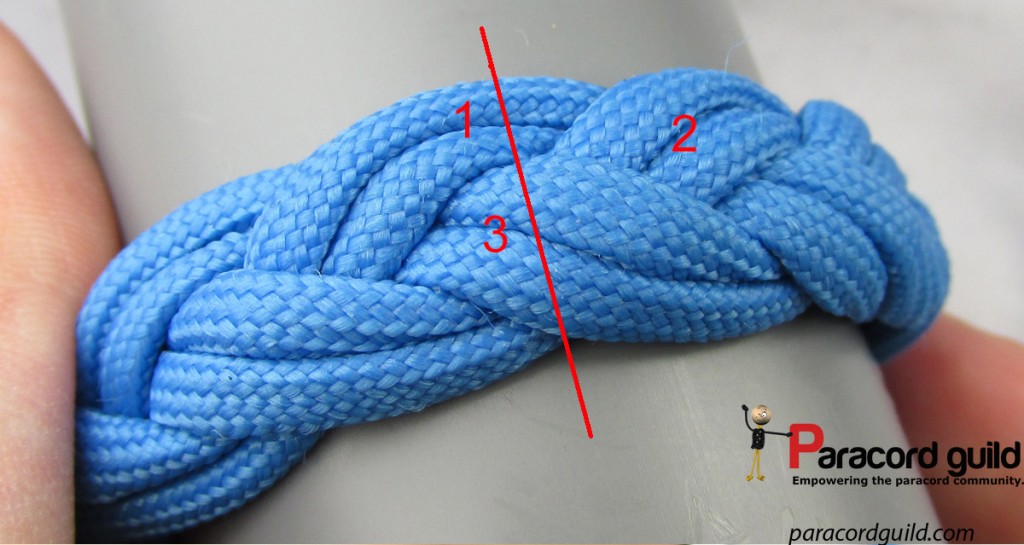 Can I make any knot?

Not all combinations of bights and leads can be made with one cord. The rule is:

If the number of bights and the number of leads can be divided with a common number, the knot can not be made using a single piece of cord.

How many cords will I need then?

The most common tools to use for making these knots are a mandrel, which is a basically a cylindrical shaped piece of wood or plastic onto which you make the knot. You may then slide it off and onto the object you want to decorate.

The other tool I highly recommend is a flat tip lacing needle. These work wonders!

If you want to make one yourself, see my tutorial on how to make a paracord lacing needle.

To make the turks head, I used a length of paracord 550.

Sources worth looking at

To learn how to develop different turks head variants you can refer to books. I have not found one that would contain all the knots you ever wanted, but the basics are covered in the following books:

The Ashley book of knots (ABOK) has a comprehensive look through of the turks head knots.

The complete book of decorative knots also has a nice tutorial to get you started, although it does not have the variety featured in the ABOK.

One additional source of inspiration and knowledge worth looking at is The mighty turks head, a Facebook group dedicated to turk head knots only!

The tutorial below covers a three lead turks head. It is where we all started and it is the basic onto which you can build your knot knowledge! 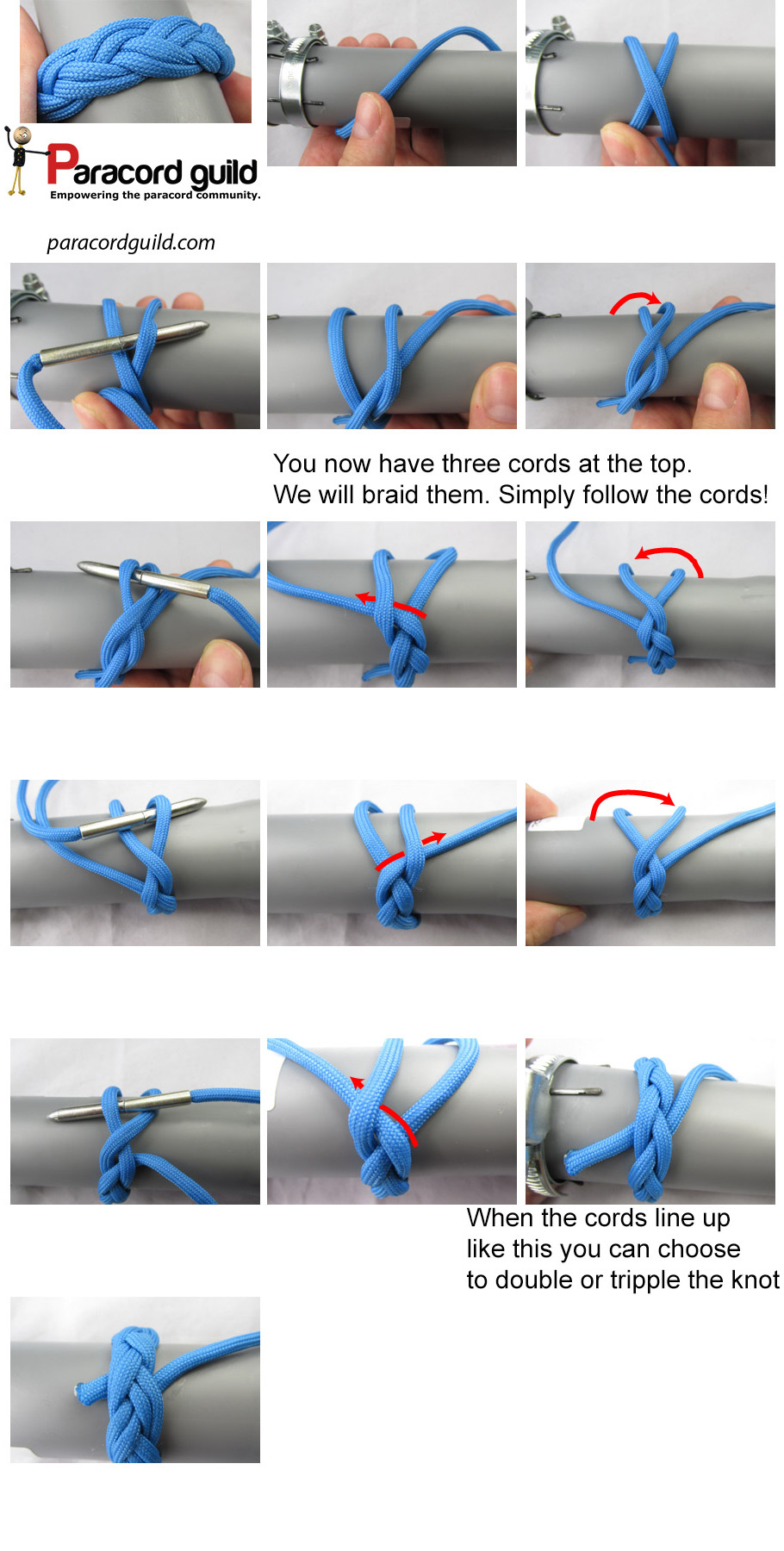 A video on the knot is available here: