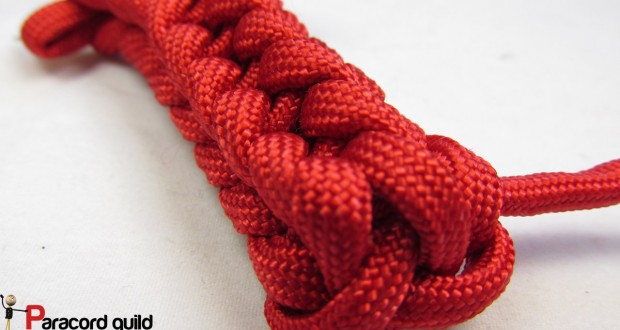 In this article and tutorial I will show you how to spool knit using three and four pegs.

Naturally the most prolific paracord spool knitting is done using two pegs. It is a fairly thin and nice looking design (see my spool knit paracord bracelet for an example). But spool knitting can be done with three pegs and even four. In fact, four peg spool knitting is very common in other crafts, but with paracord it has different qualities.

So, how does three and four peg spool knitting look like? Well, the process is almost identical to the two peg version, but with additional pegs. The look is quite different though! While a two peg spool knitted cord looks square, the more pegs you include, the rounder the design it comes. So if a two peg cord has four faces, then the three peg has six and looks hexagonal. The four peg version looks octagonal.

I could see the three peg version being used for dog leads, while the four peg could be used for key fobs (with a compartment inside). Because knitting 550 paracord produces quite a bulky design, using smaller cord such as microcord might produce interesting results!

In short, the three and four peg spool knitting has limited uses and I think the best ways for you to find them is to try it.

Three peg/pin spool knitting is very similar to the tow peg. We simply wrap three pins and start the same knitting process. See the step by step tutorial below: 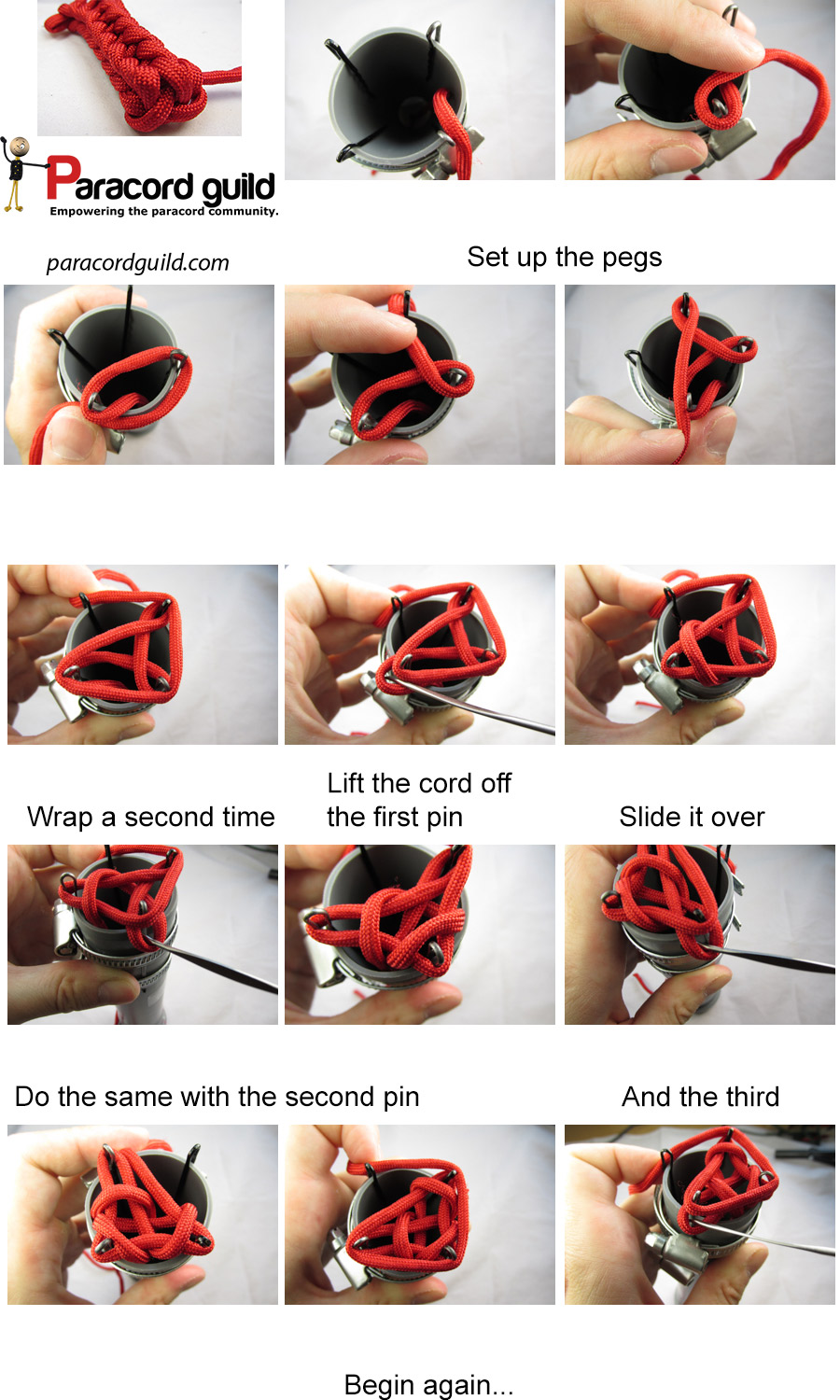 The four peg knitting is done in the same way, just using another pin!

I hope this tutorial helped!
For more information, see the video tutorial:

Till next time, have a great day and keep on knotting!