I already demonstrated how to tie a pineapple knot out of a 5L4b turk’s head.

In the video tutorial below I feature a tutorial on making a 12L12B pineapple knot, which is larger and in my opinion much more useful than the smaller brother. It can be tied onto handles as a decorative knot or around spherical objects. 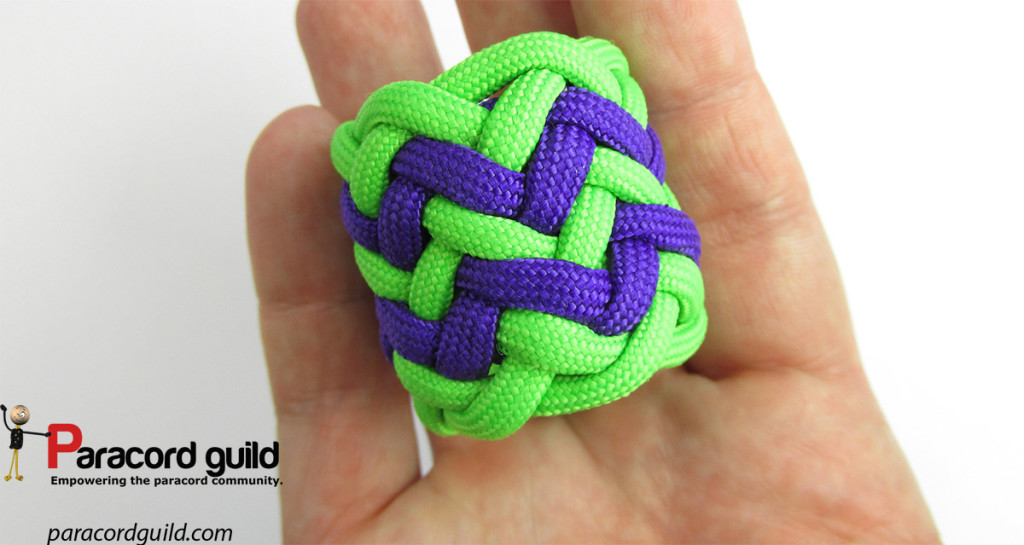 Another look at the untightened knot.

You can get the best look for the knot when you tighten it around an object such as a wooden ball or ball bearing. You can then see why this knot is called the pineapple knot! 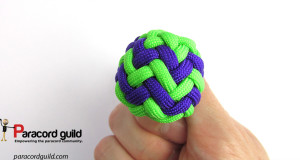 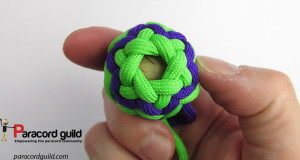 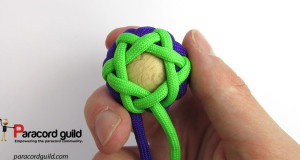 A few items are useful for tying turk’s head knots in general:

I recommend using the following tools:

This knot is an interweave of a 7L6B turk’s head, so be sure to tie one of those before you begin the interweave.

See this tutorial on how to interweave the 7L6B turk’s head into the pineapple knot: