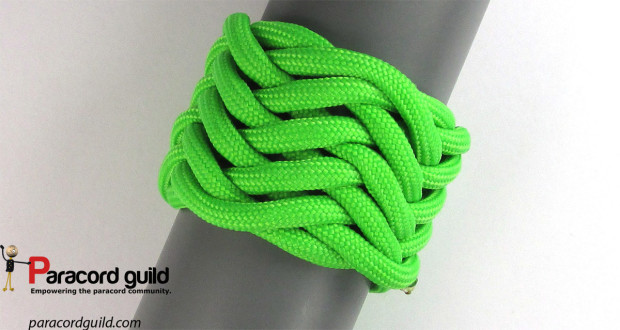 How to tie the herringbone knot

In this tutorial we will take a look at how to tie the herringbone knot.

The herringbone knot is a decorative, fancy knot that is used to decorate handles and other objects. It is particularly interesting when tied in two colors, which is done by tying a skeleton knot in one color, then adding an interweave of a different color.

A couple of images of the knot: 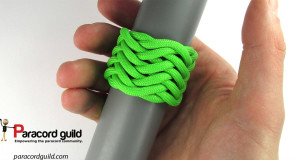 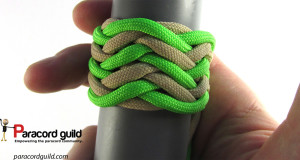 This would result in a 10 lead 8 bight herringbone knot.

Like the gaucho knot tutorial, this tutorial will be descriptive as well as presented via video, because I feel that photographs are not adequate to present the tying process. 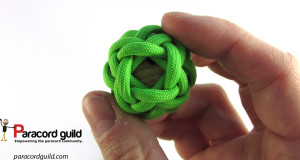 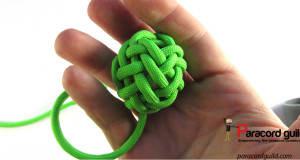 Prepare a piece of paracord or rope. You will also need an object to wrap. I use a plastic pipe as a mandrel. The knot can then be slid of the mandrel onto the object you want to wrap or tied directly onto it. A lacing needle is recommended.

In this tutorial we will interweave a 5l4b turk’s head, so start by tying it.

This completes the herringbone knot.

Since a runlist may be hard to follow for many, use the video tutorial below!