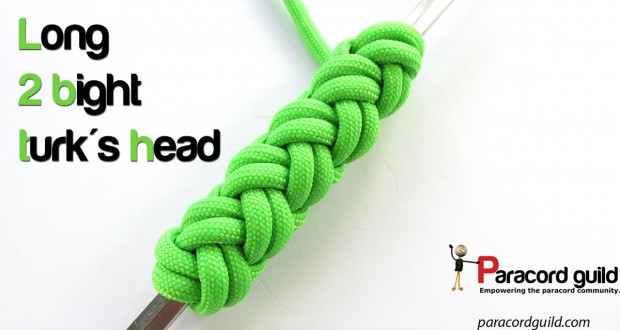 In this tutorial I will show you how to tie the long 2 bight turk’s head. The interesting thing about this style of turk’s head is that the length can be controlled by you. Hence the name “long”. The long turk’s head comes in a variety of bight numbers, the 2 bight being the smallest, with 3 and 4 bights also being quite common. The more bights, the wider object you can wrap. In general, the 2 bight version featured here is used to cover items the width of a dowel rod. Doubled, it also has uses for making lanyards. 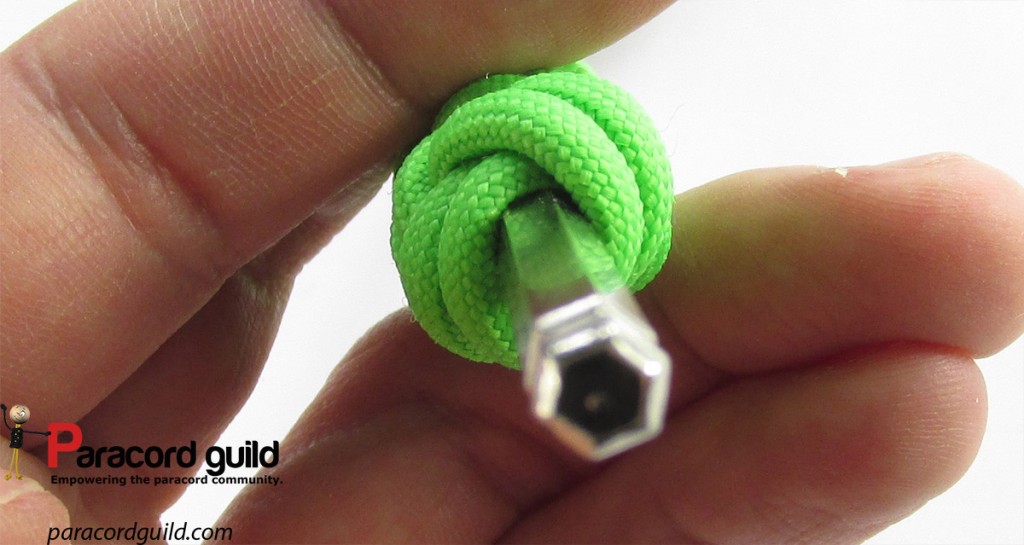 With that said, let’s tie one!

Another look at the knot, tied around a dowel rod.

The knot can be tied onto many objects, in the tutorial I am using a PVC pipe as a mandrel. You are also going to need a piece of paracord, I highly recommend a lacing needle as well (learn how to make a lacing needle in this tutorial). Follow the few simple steps below to tie this handy knot.

Wrap your mandrel as many times as you need. 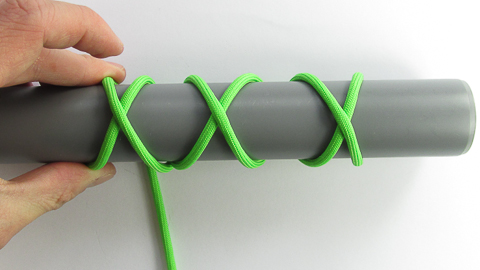 Wrap the cord back to the left, making a series of X shapes or crossings. 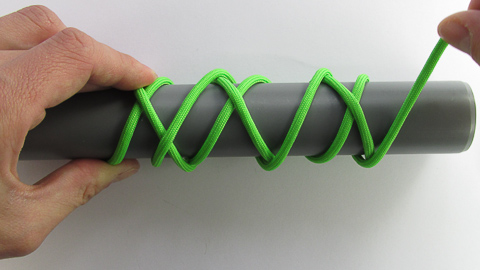 Wrap towards the right again, going between the previous wraps to the right.

Cross the cord that is heading back to the left.

Go under the first cord, then follow the cord heading to the left in an over-under sequence. 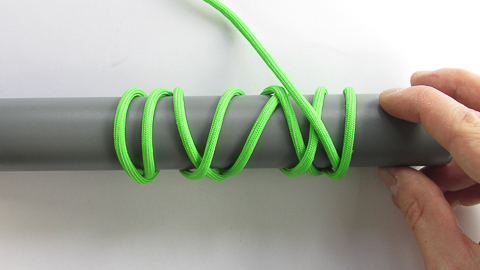 The next cord would therefore go over. 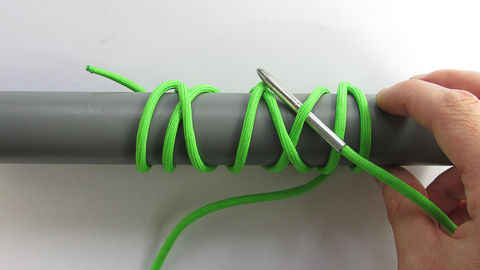 And the next under. 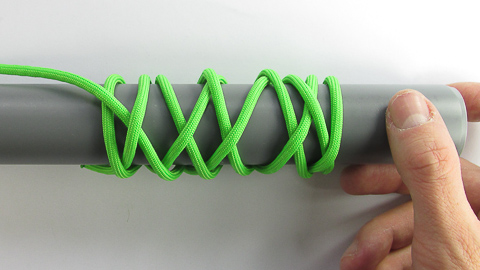 Once you reach the left side, cross the last cord.

Wrap around and place the working end next to the standing end.

This completes the knot. At this point you can start doubling it up by simply following the standing end through the entire knot.

The video below should be helpful as well: