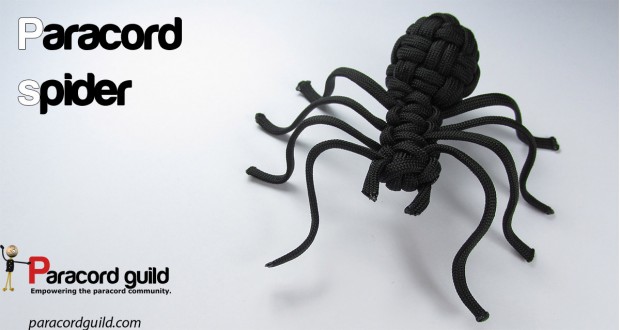 How to make a paracord spider

This tutorial will show you how to make a paracord spider, reminiscent of a tarantula.

I encountered quite a few different paracord spider variations so far. I decided to apply a similar technique in my own way. The result is a fairly realistic spider that will (in my case) decorate a wall. I know it is realistic enough since I scared myself with it, one hour after making it (forgot it was there!). Naturally this tutorial is not for the faint of heart, nor to be done in a household where anyone with arachnophobia (fear of spiders) is present.

With that said, let’s get started. 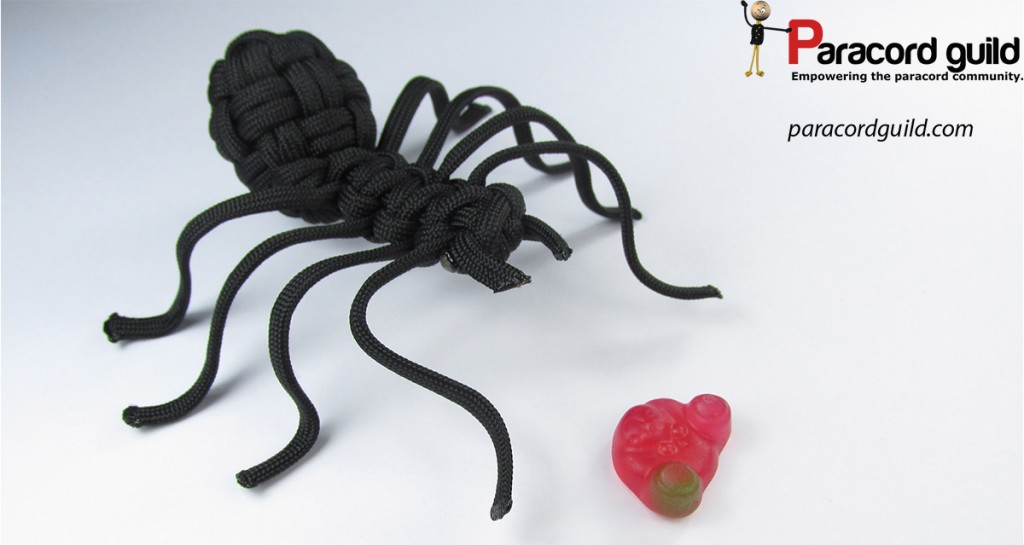 Bribing it with candy in an attempt to get it out proved ineffective.

The paracord spider is based on the use of two knots I have featured before on the site. The first is the globe knot, the second the cobra knot. You can read my instructions below, as well as see the process via the step by step tutorial that follows the text.

The making of the spider begins by cutting the wire into smaller pieces. about 6 inches was the length I used for the legs. I decided to use two wires pieces per set of legs, meaning I used 8 pieces of wire for the legs. This will depend on your wire type.

Make a smaller piece that will act as the fangs of the spider in the same way.

Next I cut 4 pieces of paracord that were a bit larger than the length of the legs. I gutted these and inserted the wire pieces into them, then sealed them by melting the ends. Legs done!

I then tied a double globe knot. This knot will act as the body and it is more realistic if you leave it a bit oval in shape.

At this point I had a globe knot with four pieces of cord sticking out. At this time, I inspected to see which side will be best as the top side, then flipped the knot to the belly.

We will work on the bottom side. Make a cobra knot to start (shown also in the tutorial below).

At this point I used two knots to insert a set of legs. It is important toplace them so both sides are on top of the core cords, so the legs look even.

After inserting four sets of legs, add the fangs at the very bottom, then grab a lacing needle and tuck all four ends back into the spider.

Cut the cords, melt them.

To finish, shape the legs to get the spider to look right. In my opinion shaping the legs is what makes it look so intimidating :). 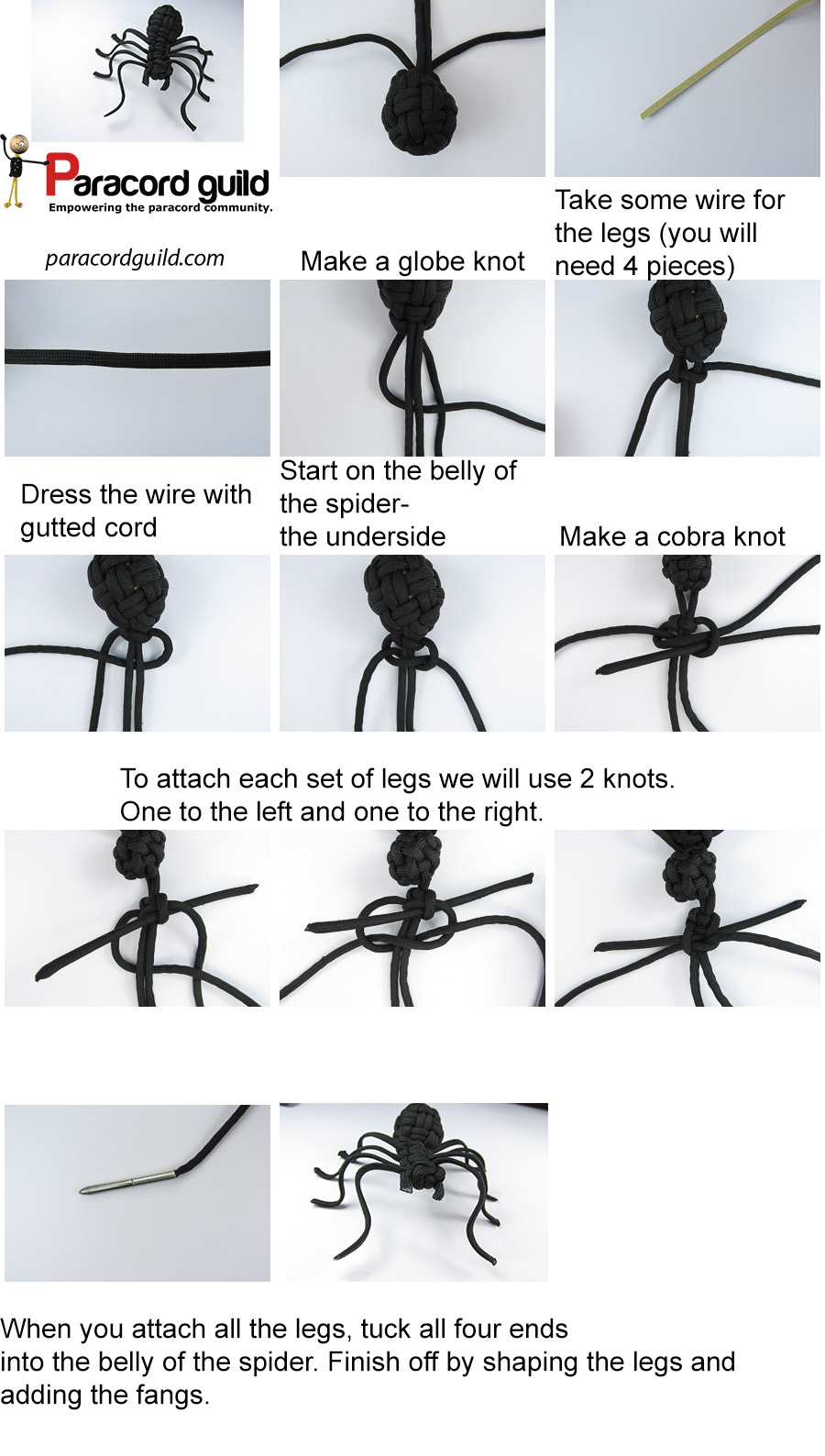 I hope you enjoyed this tutorial, for any questions, feel free to post in the comments below!

Also see the video tutorial, it should prove useful: 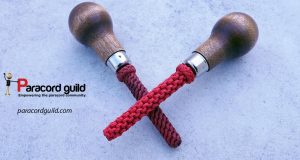 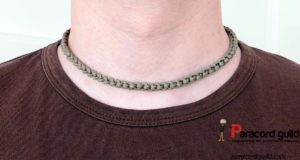 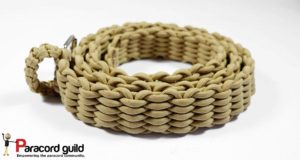