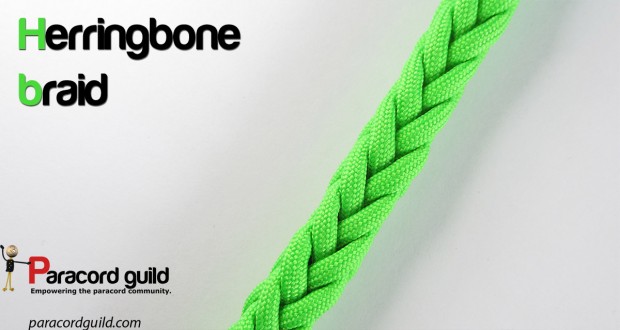 In this tutorial I show you how to braid the herringbone braid.

As soon as you see the braid, you will know why it is called the herringbone braid, so no need to say more on that subject :).

This is probably one of the most versatile braids you can find. It has uses in making dog leashes, plaiting over various handles and making cool stuff like whips. In fact, the herringbone braid is probably the most popular braid in whip making.

It can be tied with or without a core, with various numbers of strands and color combinations. The number of these combinations alone is the reason why people love plaiting with it!

The most common herringbone braids are probably the 8 and 12 strand version, but the concept is the same for all (splitting the opposite cords in half, shown in the tutorial below).

The braid is also demonstrated in Bruce Grant’s Encyclopedia of rawhide and leather braiding in plate 40, a book I can not say enough good things about. 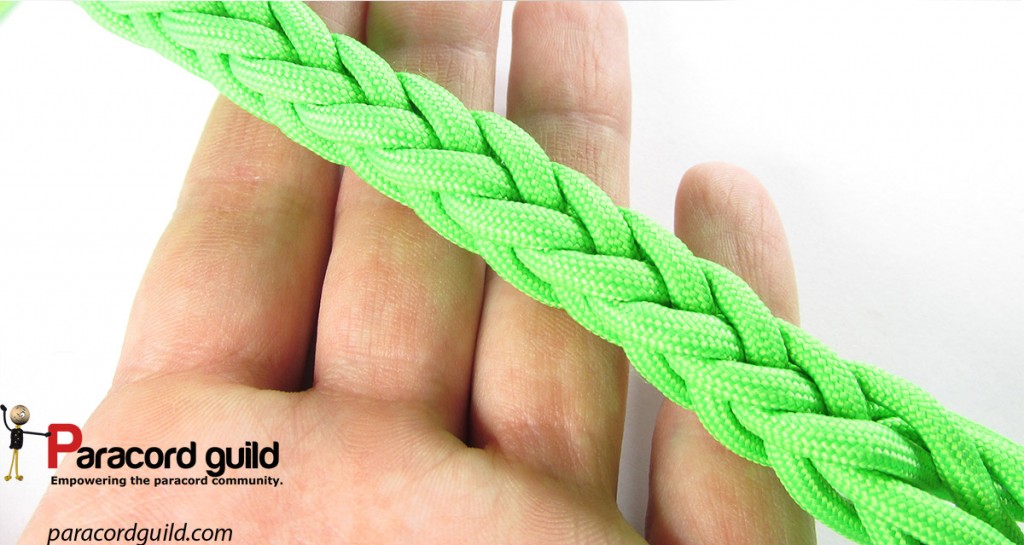 The braid is started by splitting up the cords used in half. Take the top right cord, pass it behind the cords and split the cords on the left (going under the first two, over the second two). Then return back to the right side.

Then the left top cord does the same. Pass behind the cords, split the ones on the right in half, then return back to the bottom left.

Once you have cycled through all of the cords on both sides, pull on each to tighten up the braid.

See the step by step image tutorial below: 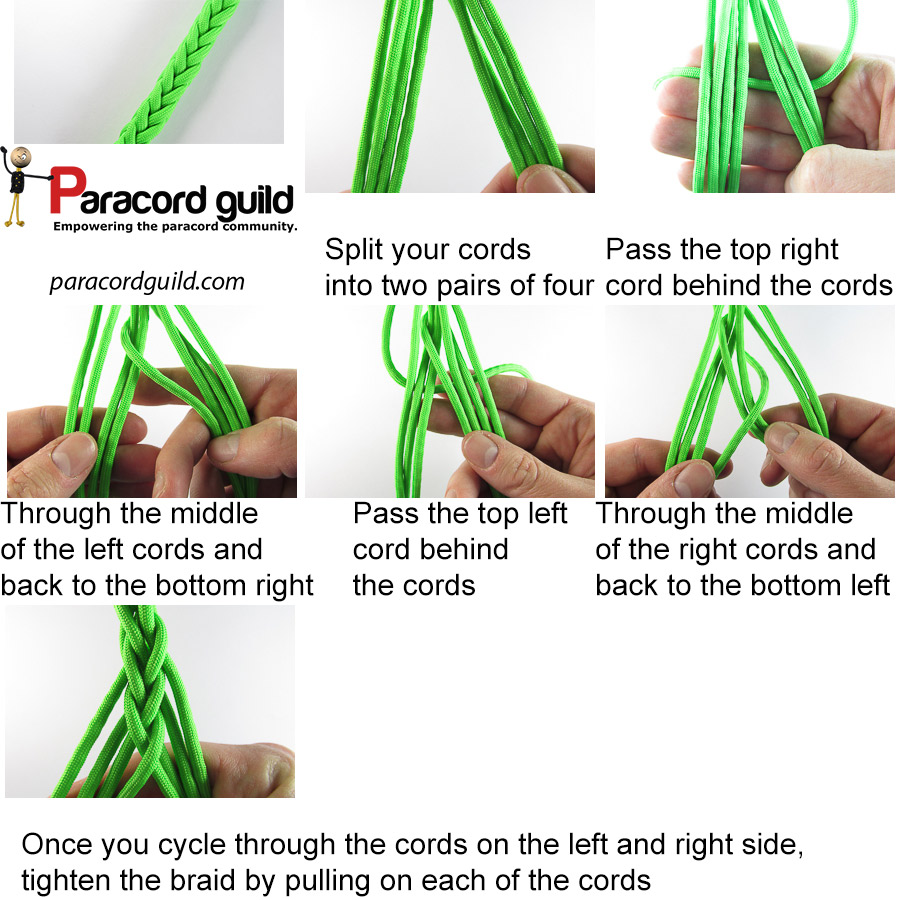 A video for this braid is also available: