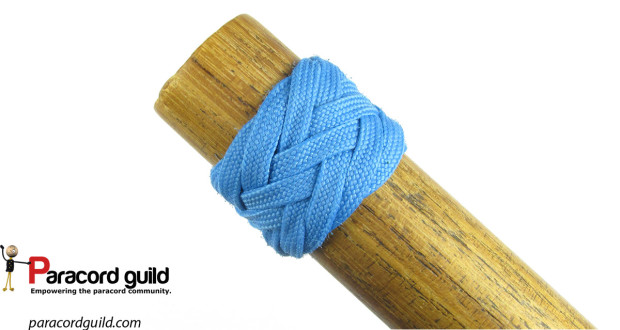 In this tutorial we take a look at this exotic decorative knot.

The headhunter’s knot is probably one of my favorites. I have shown the 2 pass headhunter’s knot in an earlier tutorial, this time I am going to demonstrate a 3 pass version. It is tied in much the same way and you will quickly find similarities between the two.

The 3 pass HH knot, tightened around a marble.

Top view of the knot: 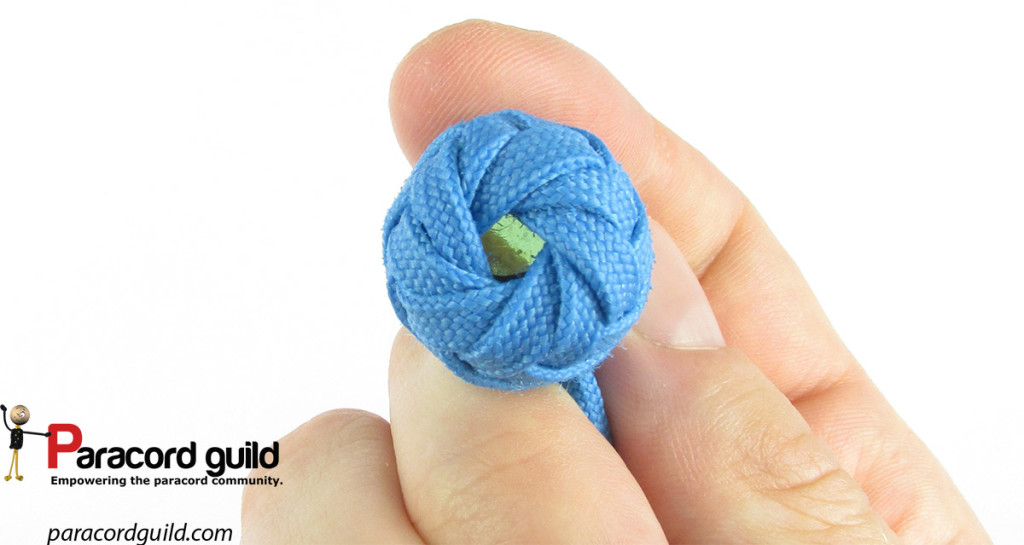 For tying this knot you will need a mandrel (in my case a piece of a broom handle) and some gutted paracord (I will usually flatten it). A lacing needle is recommended (you can easily make your own).  I also use a rubber band to hold the standing end in place. With these few items at hand, let’s begin! 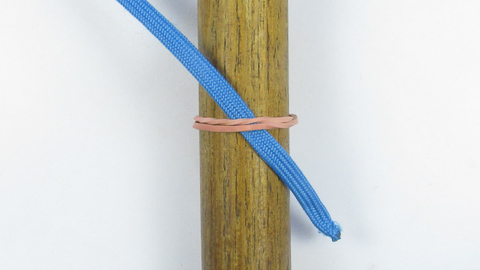 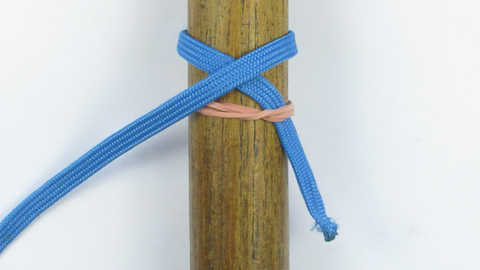 Wrap around once, over the standing end (O1). 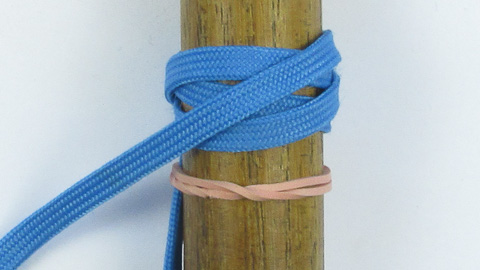 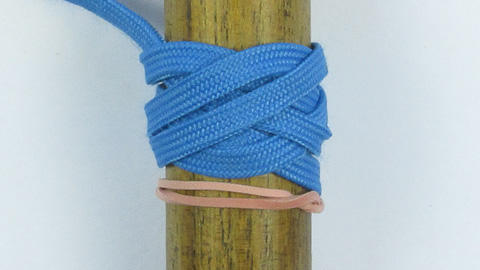 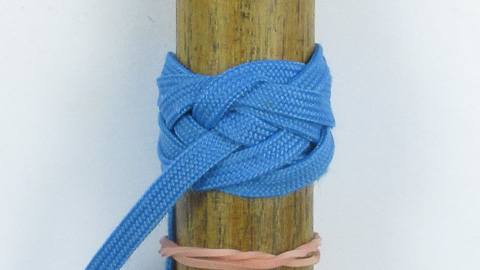 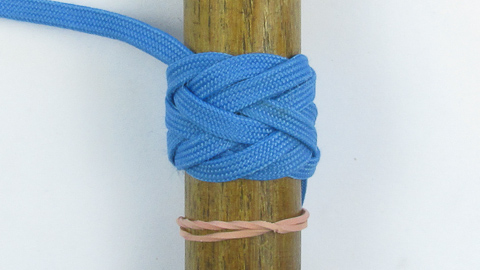 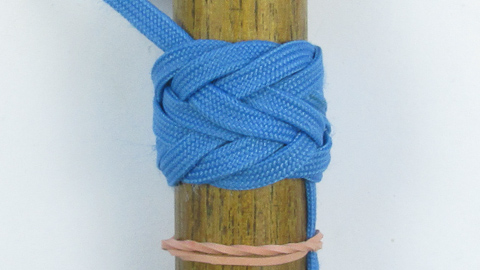 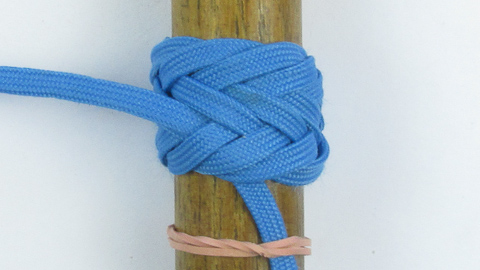 Tuck in under three to finish.

If you prefer video tutorials, see the video below: