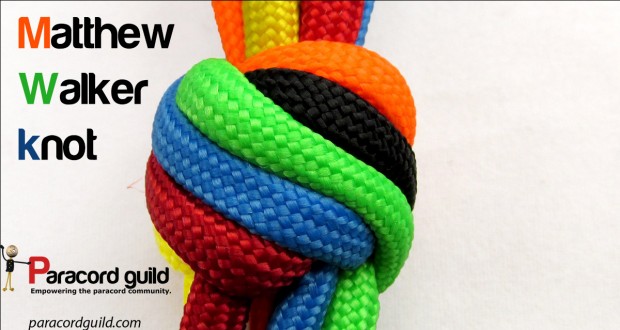 How to tie a Matthew Walker knot

Today is the day we take a look at the beautiful Mathew walker knot.

“The Matthew Walker” is a knot with many benefits. It can work as a stopper knot, but I think it serves better as a decorative knot, since the lanyard knot does quite a good job at it already (it is bigger, making it better at stopping cord from passing through loops). The use for a Matthew Walker as a stopper knot comes in handy in situations where you have more cords than two to deal with!

The major benefits of the Matthew Walker resemble those of the wall knot, which is a close cousin, if not brother to the knot.

Many stories circle around the question about who was the person after the knot is named for. Some say he was a sailor in the navy, but what caught my attention is the story behind the creation of the knot. It was supposedly created by a sailor who was given the challenge of creating a knot or going to jail, from a judge who was also a fellow sailor back in his days. The sailor got the challenge of creating a stopper knot that the judge could not tie.

That is how the knot was born and yay, we can now use it in the beautiful world of knot work! And there was much rejoicing.

There are basically two attributes we use to classify the Walker knots:


In the case of the knot at the start of the article, that is a six strand, double MW knot.
I have found a video series that perfectly explains the types of MW knots, which you can view below:


How to tie a Matthew Walker knot

There are different ways of making the knot, depending on the type. I think that the double Matthew Walker knot tied with multiple strands is the best way of using the knot. Below you can find tutorials on the various types.

In order of appearance, you can find the instructions for the following knots below:

The knot is made by twisting a loop,  wrapping the cord around the other cords and inserting the end through the loop formed. The next cord goes through the loop of the previously made one, follows the previous cord through the top and finishes in the same color loop. After all the strands/cords are made this way, we tighten the cords in the order me made the loops in. Some cord adjustment will be needed to make the knot look as it should. The most important part is the tightening process! 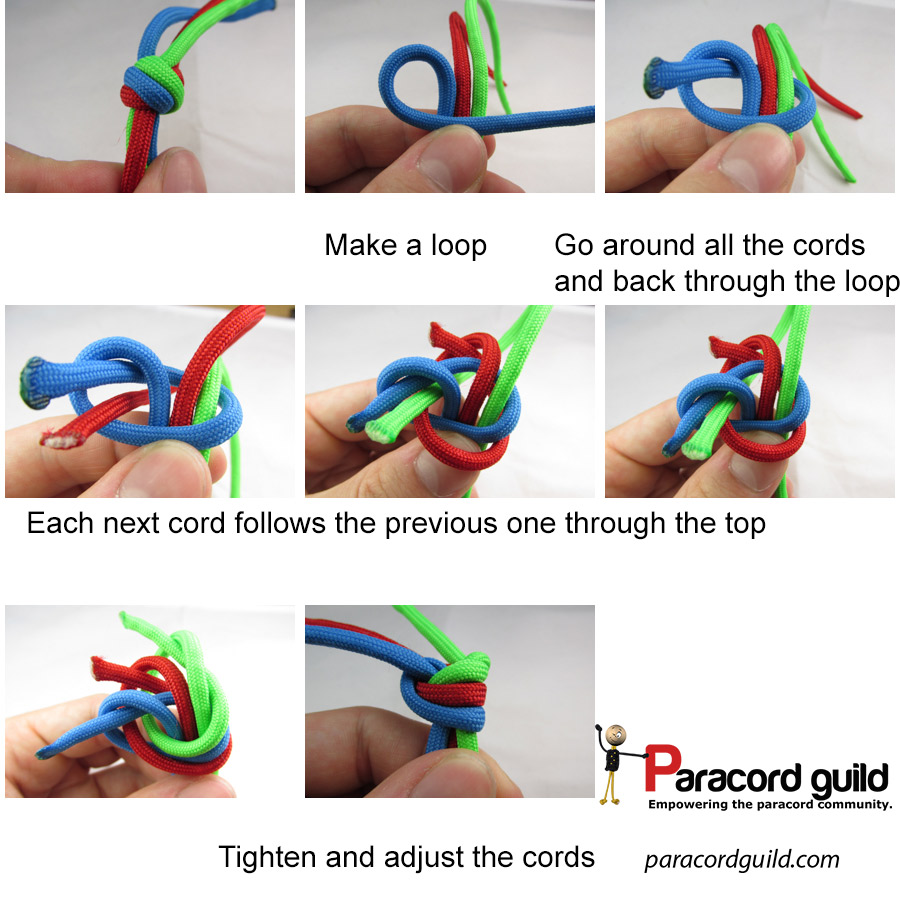 The process of tying this knot is also covered in depth by Kevin Cagne in his video tutorial:

The simplest MW knot to tie (next to the single strand version). 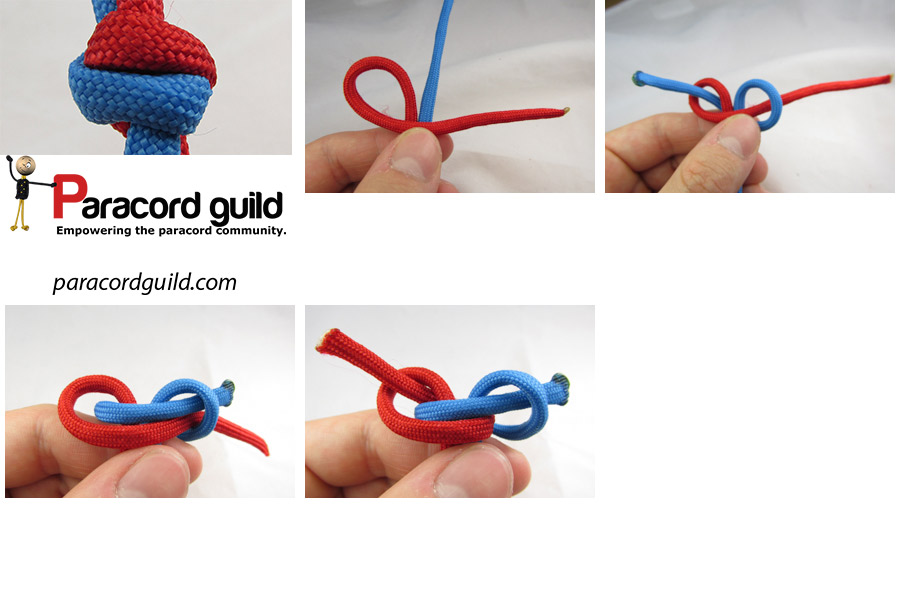 Shown by David Hopper, this method is a neat way of extending the MW knot. 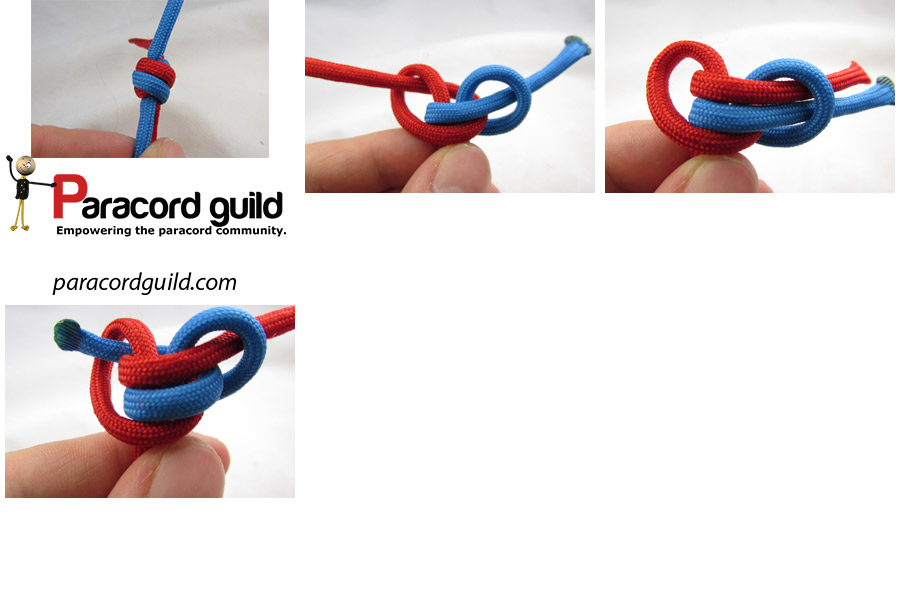 A video tutorial on the knot is also available:

The three strand version is made with the help of the wall knot. 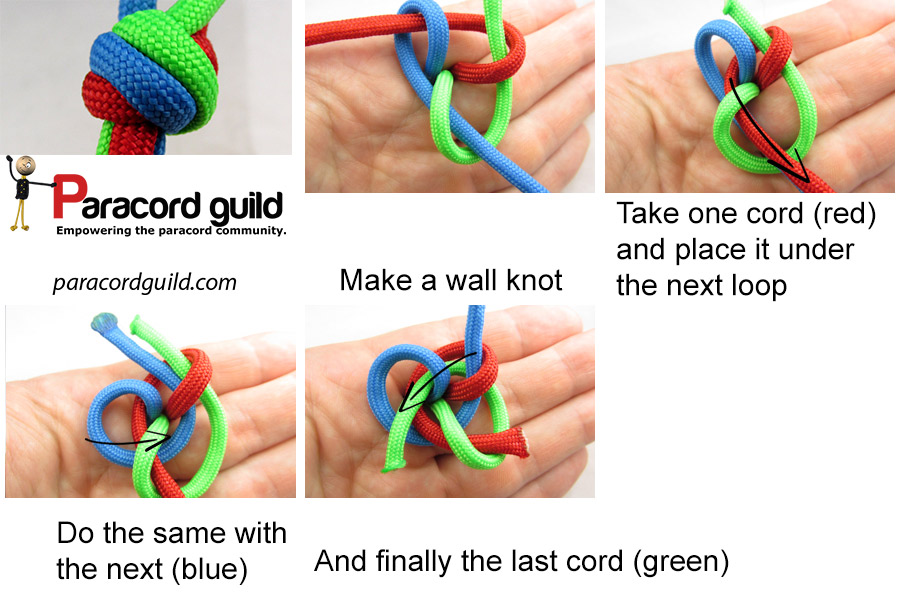 This version also has a video tutorial available by the one and only Dman: