In this tutorial we tie a small fan knot.

This knot was demonstrated by Bruce Grant in his Encyclopedia. It originates from Argentine and is also refered to as “Botón Oriental”. 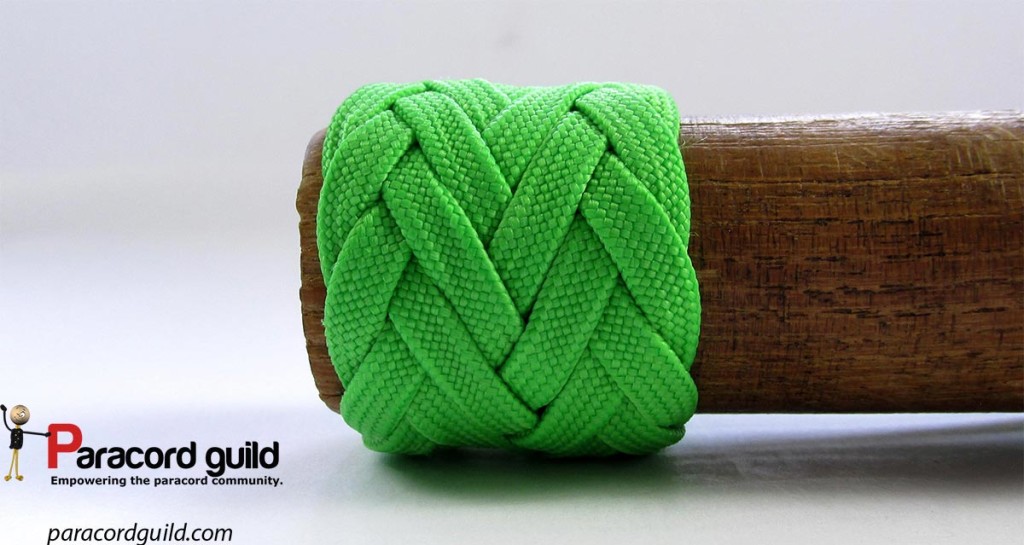 It is a 10 bight fan knot that can be used as a button knot, but it looks nice tightened around a sphere as well.

The knot has an over 3 sequence in the middle and over 2 on the sides.

We will be tying this knot with the running method, not an interweave. It is a nice break from the way we usually tie knots these days. It is instead tied the old fashioned way, the way of the old braiders. The tutorial is in video form, found below.

To tie the knot all you will need is a mandrel (usually a PVC pipe, broomstick handle or something similar), a lacing needle and some paracord. A rubber band to hold the standing end is always a good idea.

Now let’s move on to the tutorial.

For the best effect I would recommend gutting your paracord (removing the inner strands). You may choose to flatten your paracord for an easier time tying (less twisting of the cord).

Then we can begin our tutorial. As with most turk’s heads, the tutorial is in video form.

I hope the tutorial is clear enough. Be sure to ask if you run into any issues tying.