8 strand round plait around a core

In this quick article I’d like to say a few words on plaiting around a core, namely with 8 strands.

Braids can be done with or without a core. When made with a core, gutted cord really produces nice looking results. As a general rule for doing plaiting around a core, the total width of the cords (the sum) used should be the same as the circumference of the core. That means that 8, 0.12 inch wide cords will be able to about cover an inch of core circumference.

That being said, I wanted to simply show you a few things about plaiting around a core. I did an 8 strand round braid tutorial before, this time I just did the same braid around a dowel rod. 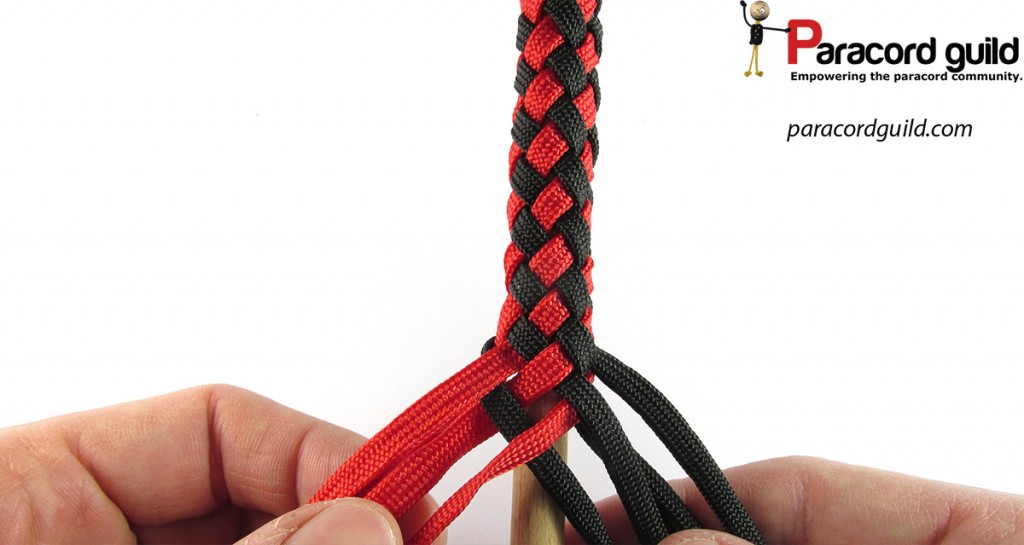 4 strands of the same color on each side, being plaited into a checkerboard like plait.

The real challenges and things to look out for when plaiting are:

I show the plait in the video below as well, I hope this little peek will help you see, that the differences between using a core and not using one are quite minute.