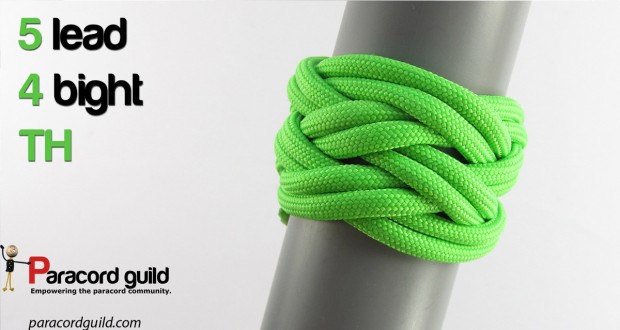 In this tutorial I demonstrate how to make a 5 lead, 4 bight turk’s head.

The 5l4b turk’s head is a widely used decorative knot. Not only does it look great, it is also the base that is used to make larger and fancier knots, such as the gaucho knot.

Doubled or tripled, the knot has a lot of uses.

The 5 lead 4 bight turk’s head is tied a bit differently than the 4 part 3 bight TH I demonstrated before. It starts with what Bruce Grant termed the running gaucho in his encyclopedia, meaning it is woven with the first two passes wrapping the mandrel. I demonstrate the technique below in detail. 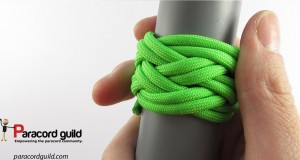 Another look at the knot.

We start by preparing a mandrel and some cord. I am using a lacing needle to make the process easier, I do recommend getting one or making one. 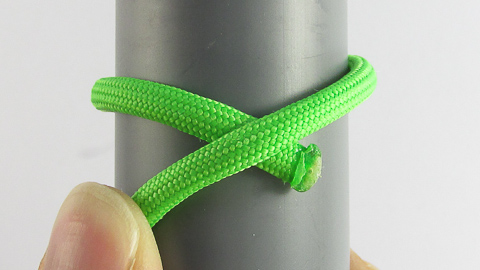 Start off by wrapping the cord around your standing end.

Make a second pass, going under-over this time. As you will notice, every pass at the front is the opposite of the previous one.

The first one went over the standing end, this one goes behind. 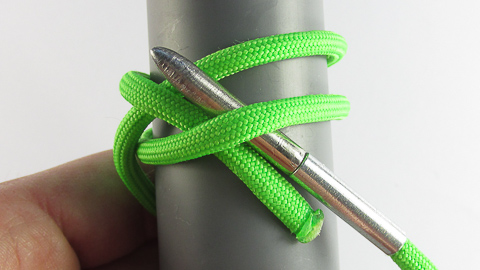 Pass the cord around the mandrel, then next to the standing end, to the right.

Another pass is made at the front, the opposite of the previous one, going over-under-over. 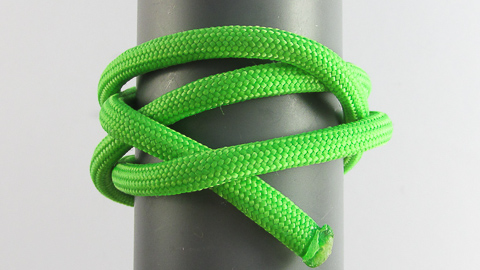 Bringing the working end around the mandrel, we spread apart the standing end and the cord on it’s right.

Between the cords we spread apart, we weave in our working end. Note that both the standing end and the right cord were going under-over, but with the new cord we split them by going over-under.

Another pas at the front is made, again the opposite of the previous one. Going under-over-under-over.

Finally, the working end is brought to the right of the standing end, finishing the turk’s head.

The knot is indeed not hard to tie and I hope the tutorial proved useful. Keep practicing until you get it and remember, Rome was not built in a day, neither can be knot skills.