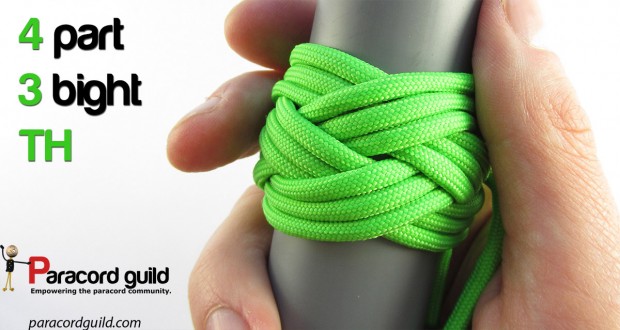 In this tutorial we will take a look at how to tie the 4 lead 3 bight turk’s head knot.

This little knot has a few neat applications as a decorative knot, especially with two or three passes.

The main importance of this knot is that it can be expanded into beautiful, larger knots. I will be featuring the knots that derive from the 4L3B turk’s head in the future, so I think it is a good idea to learn this knot first.

I first learned this knot for Bruce Grant’s Encyclopedia of rawhide and leather braiding. It is referred to as a headhunter style of knot.

A couple of marbles wrapped with the knot, 3 passes were used: 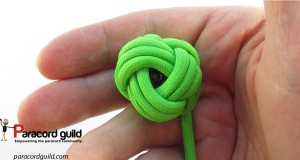 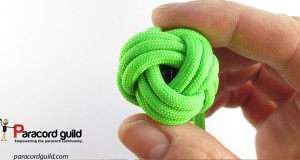 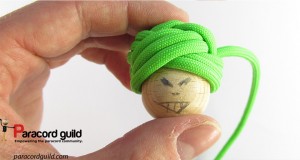 Firstly, get a mandrel and some cord ready. A lacing needle may be useful as well (you can learn to make you own in this tutorial). 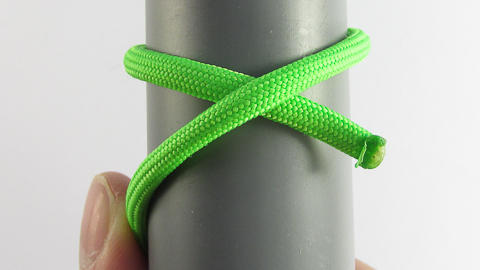 Start off by wrapping the cord around the mandrel once. 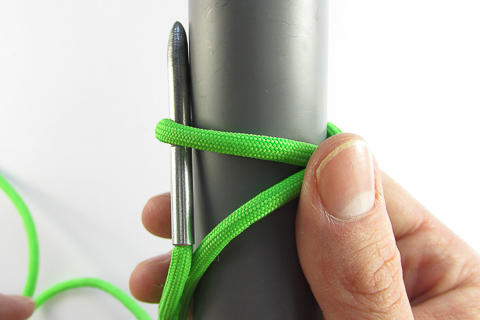 The go under the standing end with your working end. This basically makes a 1 lead, 1 bight turk’s head. 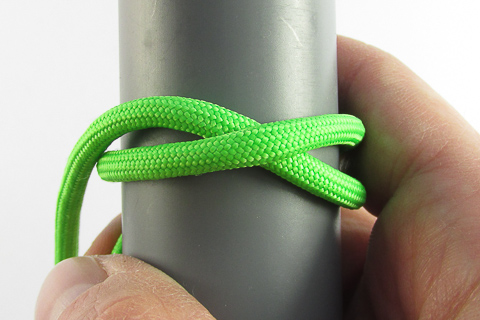 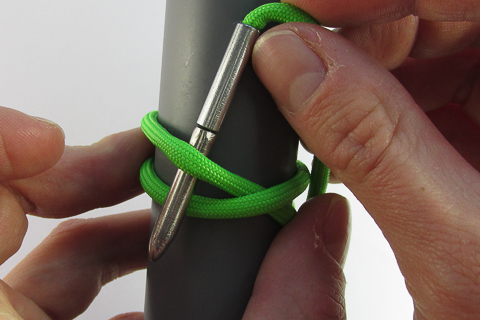 Coming from the top for a second pass, we go under standing end and over the working end.

Note that we went over the standing end on the first pass, now we are going under. 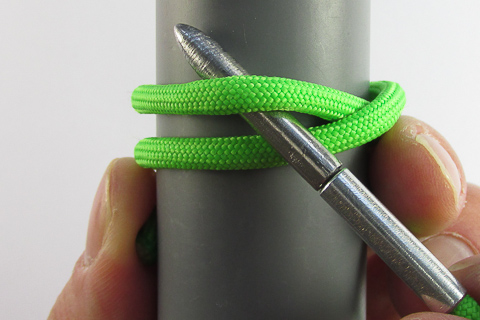 At the back we find the crossing, then go over-under on the left side of that crossing. 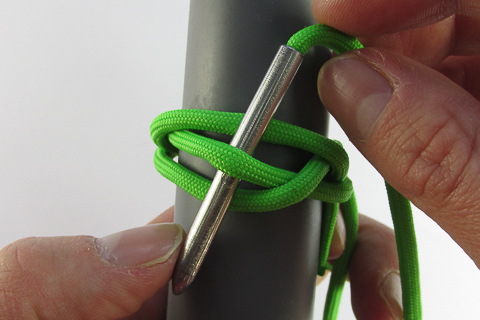 On the third pass in the front, we again go opposite of the previous pass, so over the standing end, then under-over to the bottom. 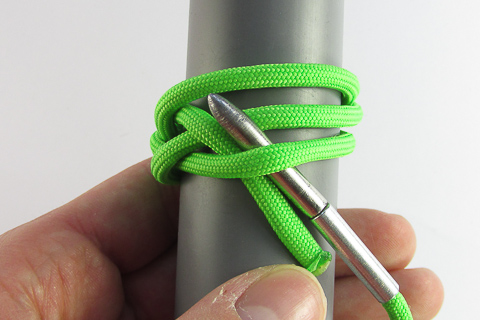 Finally, we bring the working end around the mandrel and next to the standing end. As with all turk’s head knots, this completes the knot.

Once tied, if you want to use the knot to decorate an item, then doubling, tripling it may be in order.

For further information on the knot, see the video below: