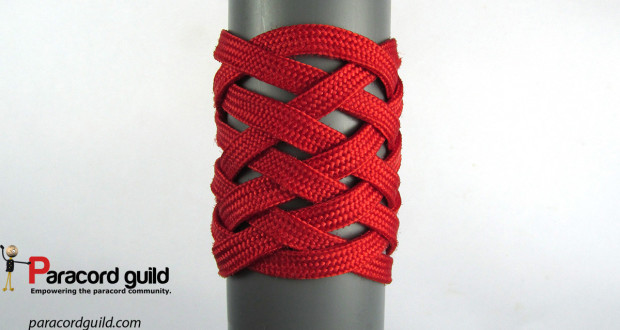 Tying 4 bight turk’s heads is really not that hard!

The 4 bight TH’s are all tied out of a 2 bight turk’s head. The number of parts or the length of the 4 bight version is determined by the number of wraps around the mandrel we make when tying the 2 bight TH.

The processes below can expand a 2 bight TH into a 4 bight TH. Repeating the process using the same principles will create a 6 bight TH and so on.

So, firstly we need a 2 bight turk’s head to expand.

I demonstrate how to tie a 2 bight turk’s head in this tutorial:

The number of wraps around your mandrel will make the knot longer.

See how enlargement process 1 is done:

The other way to enlarge a turk’s head knot into a larger one is by starting the process on the left side of the standing end. This will again result in a 4 bight turk’s head, but one of a different number of parts than if you expanded it on the right of the standing end as in enlargement process 1.

So, I hope this helps you tie these useful knots, which serve as an excellent base for many a project.