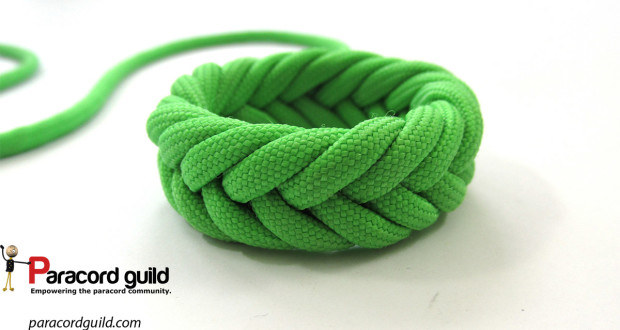 In this article I show you how to tie a 3 pass Spanish ring knot.

We have already covered the 2 pass Spanish ring knot. The 3 pass version is in my opinion nicer looking. The knot itself has a decorative role in many a project.

As a refresher, the Spanish ring knot is a gaucho knot that only has a “V” shape runing down the center. As such it resembles a flat braid. 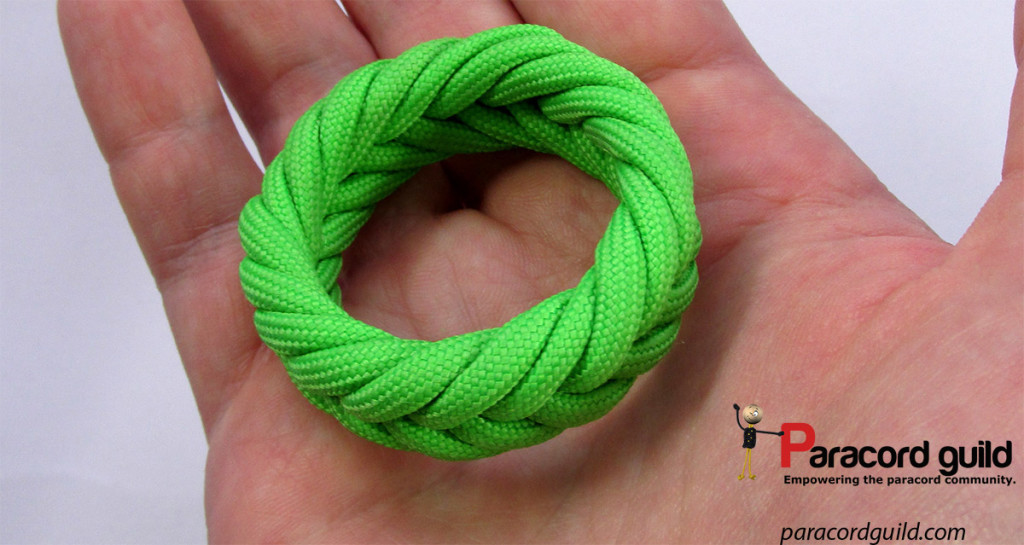 The knot has many applications. Wrapping it around a coin or a concho can make a nice medallion. 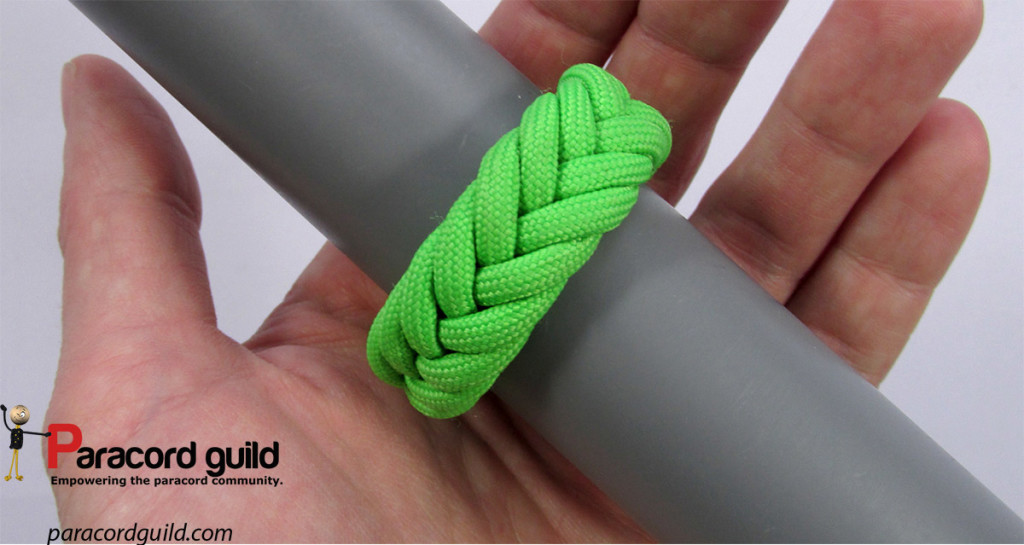 Below you can find a photo and a video tutorial that shows how to tie the knot. 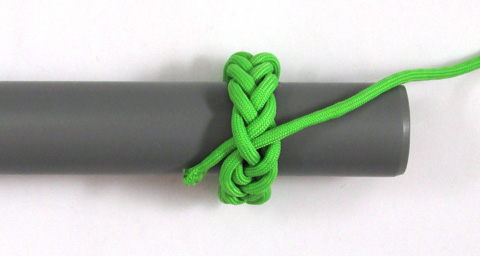 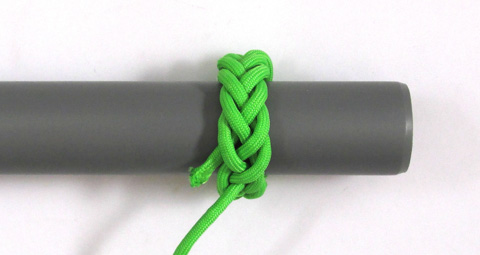 Remove your working end from alongside the standing end. 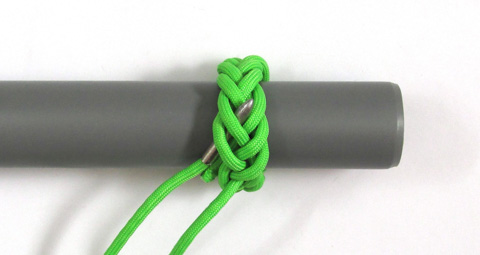 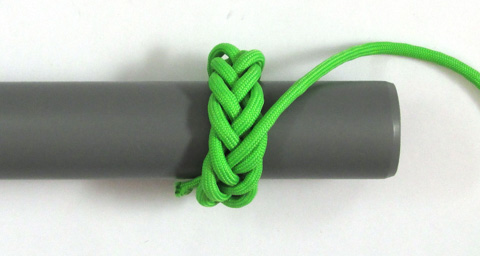 Note how we went over the standing end on the right. 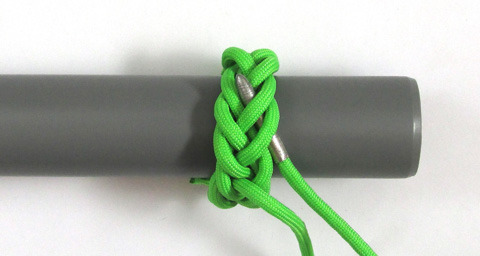 Enter the knot again, following the standing end, under two and to the right. 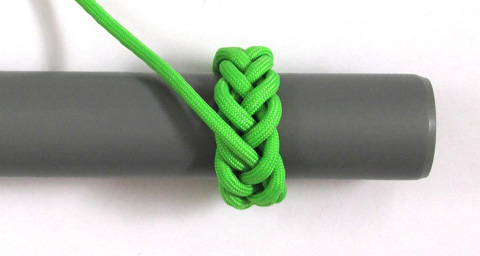 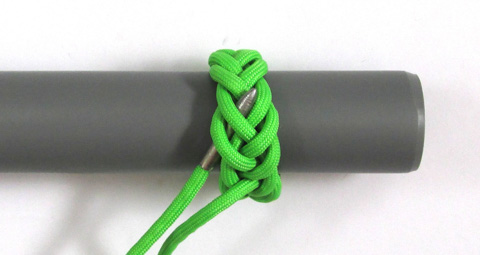 Again, enter the knot under two and follow the standing end. 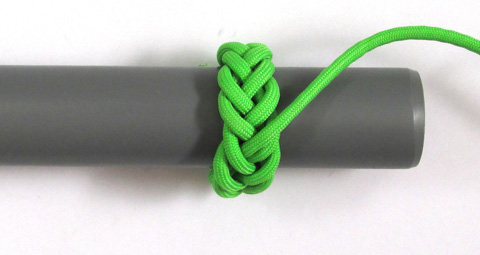 Always exit over the standing end. 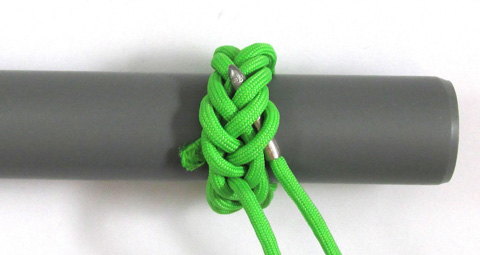 When you reach your standing end again, it will have a paralel cord next to it. We split these to by going under three cords. 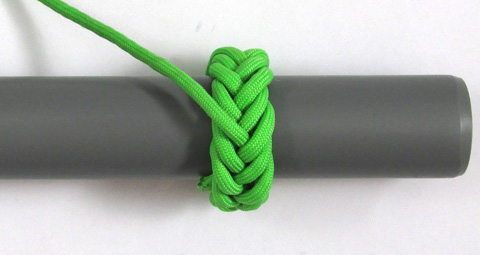 Then exit on the left. 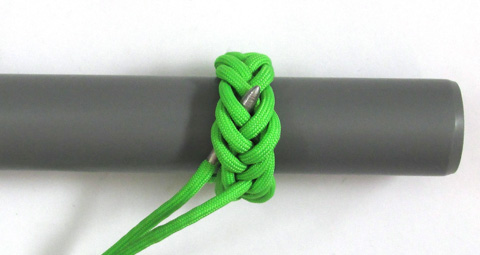 Continue splitting pairs until you reach the standing end on the left. 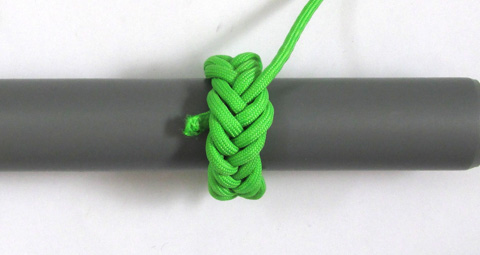 Finally, tuck your working end next to your standing end (under three cords) to complete the knot.

I have posted a video showing the entire tying technique here: